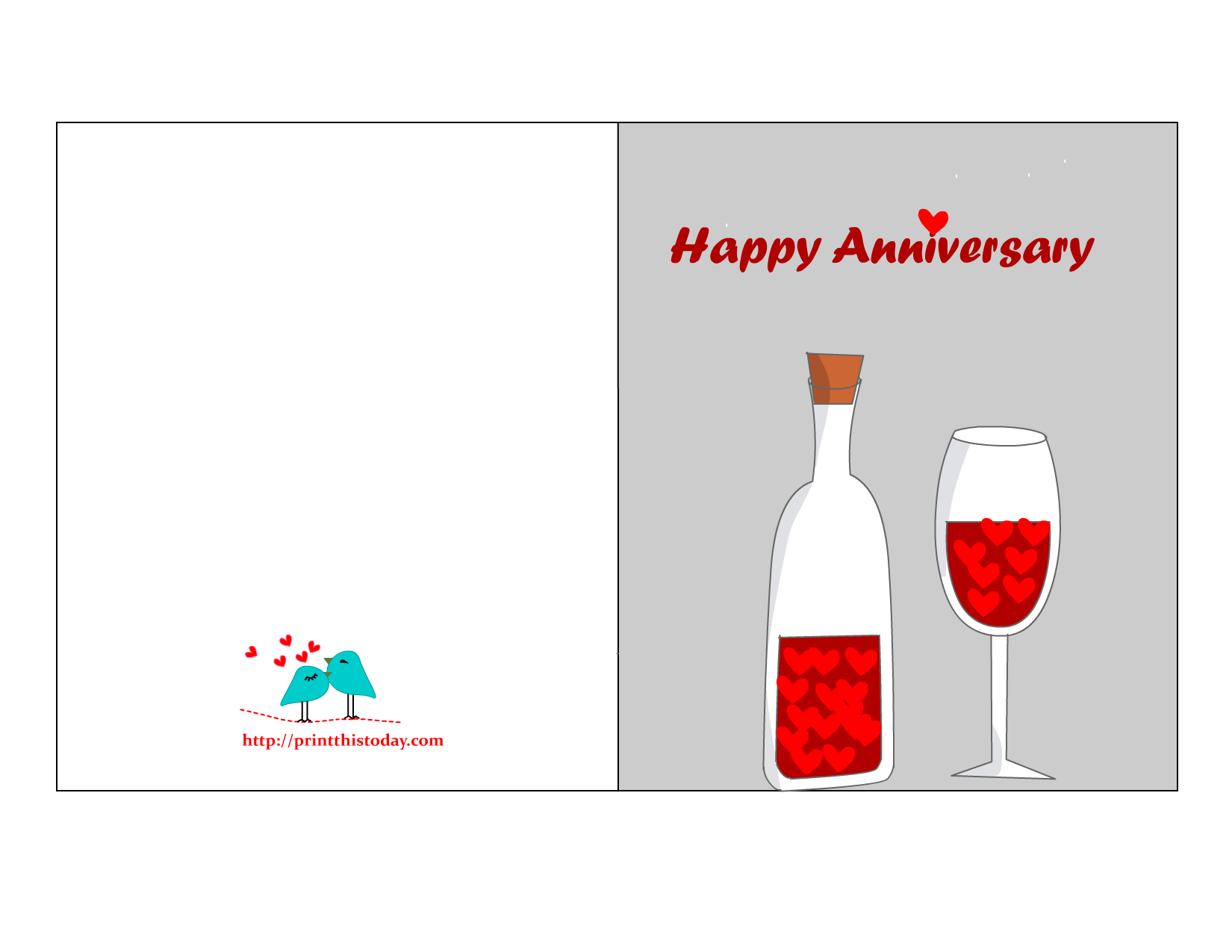 Click on the image given below to get this adorable Happy Anniversary Card with red whine filled with red hearts. Express your love, affection and care for your partner with this adorable free printable card on your anniversary. 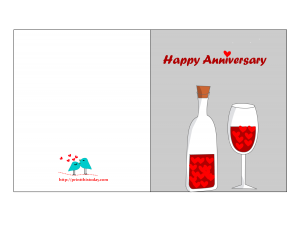 Click on the image to get this adorable anniversary card with a cute teddy bear couple. This card is perfect for him as the cute teddy lady is kissing her partner and he is smiling with joy. Show all your love, care and affection to your boyfriend or husband on your anniversary. 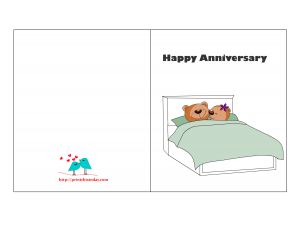 This adorable anniversary card shows two cute love birds in front of their home which is also filled with love. This card will be perfect for your spouse or the person you are living with to show that how your love nest is filled with peace and romance and how much you cherish it on your anniversary. 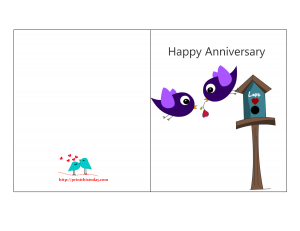 They say that emperor penguins always live together once they have chosen a partner so I have made this anniversary card with two adorable penguins and a heart. Tell your partner on your anniversary that you want to spend the rest of your life with him/her through this card. 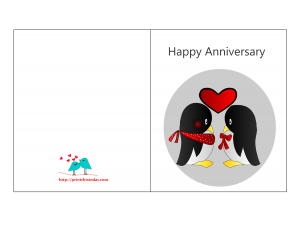 Click on the image below to download this cute anniversary card with teddy bears and daisies around them. This adorable card will be loved by your spouse or partner. 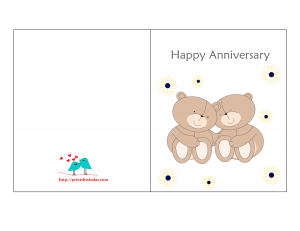 1, Click on any thumbnail image that you want to download, a bigger image will open up. 2, Right click and select the option save image. It will be saved to your hard disk. Most of these free printable images are in PNG format.